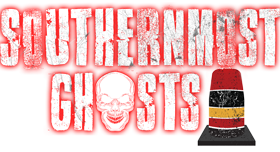 Key West is the southernmost city in the US, and it’s a sunny seaside paradise! The people of the Conch Republic are known for their relaxed attitude and easygoing lifestyle. But don’t be fooled by the palm trees and beachside oyster bars; this city has got a dark side! Explore the spooky history of Key West with US Ghost Adventures. We offer the best ghost tours in America, and we even own the creepy Lizzie Borden house! We’ll tour the sunny alleyways of the Florida Keys as we awaken the spirits of the island’s past. You’ll be joined by one of our expert tour guides, all Key West locals who have had plenty of face-to-face encounters with real ghosts. Our tours are informative, exciting, but most of all, they’re authentic! There’s nobody in a cheap costume hiding in the dark to get a quick scare. We rely on the ghosts to do that! So don’t keep these spirits waiting! Book your Key West ghost tour today!


The Florida Keys were long inhabited by the Tequesta and Calusa tribes of southern Florida. Although many migrated before European contact, some remained on the island and were transferred to Cuba by the colonial powers. The Spaniards were the first Europeans on the island but were hardly ever there. They named the island Cayo Hueso, meaning Bone Cay, which most likely stemmed from the use of the island as a graveyard by Indigenous tribes. Florida changed hands several times between the Spanish and the British in the 17th and 18th centuries, eventually being handed over to the US in 1823. Throughout the centuries, the island was rarely visited. Bahamians and Cubas occasionally visited the Keys to fish, and pirates used the islands to conceal their smuggled goods. Development began in Key West in the mid-1800s, and a US naval base was built. The island’s location was so strategically important that the city remained in Union control during the Civil War. Key West grew after the war, but growth exploded after the Florida East Coast Railway was extended to the city in 1912. During this time, Key West was struck by several hurricanes, halting the economic boom and destroying the railway, which was replaced with the Overseas Highway, which still remains today. The culture of Key West took heavy influence from the arrival of Cuban refugees after the 1950s, and the island’s isolation led to a secession movement where locals declared themselves the denizens of the Conch Republic. Today, the island’s lazy and laidback culture attracts thousands of tourists every year. But the exciting history of Key West also brings ghosts to the tiny island town. The city is known for strange occurrences, like the story of Carl Tanzler, who dug up his beloved patient and slept with her corpse for seven years. Key West is also known for being home to Robert the Doll, who places a curse on those who disrespect his presence. Want to see the haunts of the Florida Keys for yourself? Come sign up for a Key West ghost tour with US Ghost Adventures!

Since 2013, US Ghost Adventures has offered entertaining, historic, and authentic ghost tours of America's most haunted cities. We deliver fun yet honest accounts of hauntings across the nation. Our ghost stories are based on historical research, but that doesn't mean they won't send a chill down your spine.
Our founder, Lance Zaal, is an authority on haunted sites in the US is frequently
consulted by the media as an expert on unexplained phenomena.
US Ghost Adventures also offers virtual tours, a self-guided mobile app, and an Alexa
voice app.

The sunny beaches and friendly residents of Key West might make you feel at home, but ghosts and ghouls actually run the town! Don’t let them catch you off guard! Read about the haunted history of Key West at Southernmost Ghosts, and sign up for your Key West ghost tour today!

Across from Amsterdam Curry Inn